Today I learned that 10K trail races in the snow are not for the faint of heart.  Or the faint of ankles, knees, or breath, for that matter.  Luckily I must have just enough of each of these because this morning I finished my first ever 10K!

Let’s jump right to the chase… the Granogue 10K Trail Run was 6.2 miles of snowy, slushy, slippery trails with wildly steep hills and gorgeous, sweeping views of the Brandywine valley and creek.  In other words, this was a hell of a race to pick as my first 10K!  I had fun but MAN was it hard!!

Going into the race I had a few lofty goals including (a) finish under an hour, or (b) at the very least maintain a pace under 10:00 min./mile, OR, if all else fails, (c), don’t walk.  Well, let’s just say that I promptly reassessed those goals when my watch reported that it had taken me nearly 10 minutes to slog through the very first mile (usually my fastest).  At that point I quickly realized that I had left out the most important goal of all: (d) finish the dang race!

Finish I did, but not without a healthy dose of uphill walking.  For a while I was hoping that I wouldn’t need to walk, but then the course took a sharp turn up and away from the Brandywine Creek at around the 3.2 mile point.  According to Garmin this hill gained 169 feet over just 0.15 miles.  A 21% grade, eek!  After a short bit of slow uphill running I realized that all of the other runners ahead of me were walking and I mercifully slowed down to a power-hike-type walk where I pushed on my quads with my hands with each step.  (I think I read about this technique somewhere online?).  This seemed to work as I didn’t lose any ground on the hills and was able to return to a jog at the top.

The course switch-backed through the woods, up and down gullies and ravines and, at one point, under what’s called “Glue Sniffer’s Bridge” (wonder what that story is?) before scaling the hill back up to the Granogue Estate.  At this point my brain was fried and I was just putting one foot in front of the other… but then I saw Matt!  He came to the race to cheer me on and take pictures and it definitely gave me a boost to see him standing by the side of the trail.

After an eternity my watch finally beeped off the 6th mile split and I knew I was in the homestretch.  With another short uphill (of course!) the finish line was in sight and I ran as hard as I could, worried that a woman I had just passed might be right on my heels trying to beat me across the line.  I wasn’t 100% sure where the actual finish “line” was (there was just a big chute) so I kept running hard until I nearly collided with the guy who needed to tear the number off of my bib.  Whoops! Matt met me immediately after I exited the finish chute and took this photo… I was definitely in the middle of saying “WOW, that was SO HARD!!!”

All in all this was an extremely challenging course made even more difficult by the slippery snow conditions.  Some of the downhills were almost as taxing as the (non-22% grade) uphills because it was tricky to stay upright on the slushy, muddy ground.  I think that I will like the 10K distance in the future – especially on a road! – but I have to admit that today was a little overwhelming.  I’m not sure if I would run Granogue again next year (definitely not with snow on the ground) but we’ll see… maybe by then I’ll be more experienced with both trails and 10Ks which will make this course seem easier! 😀

Plus, you can’t argue with these views… Granogue Estate sits (very) high on a hill facing the First State National Monument (aka Woodlawn Trustees nature preserve) with the Brandywine Creek and a seldom-used freight train line in between.  It’s beautiful here!! 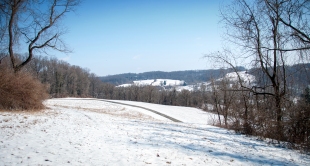 View from Granogue, looking at Woodlawn

View from Woodlawn, looking at Granogue 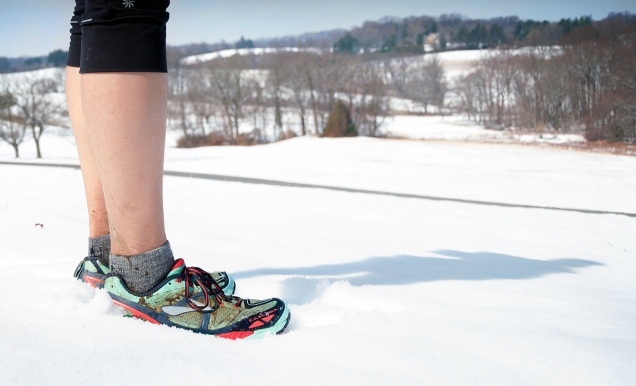 I’ll be racing again next weekend, but I don’t know yet if I’ll be opting for the Pickle Road or Trail course.  After today pavement sounds nice, but depending on the conditions I might want a chance to redeem myself on the trails before the Tyler 10K trail race on April 11th.  I’m hoping that Tyler is easier than Granogue!!!

Freshly bathed pup in a freshly washed cozy cave.
Exhibit 2 #piperface #crazyeye
Stir crazy on the snow day. (Or just a normal Piperface?)
You’ve heard of puppy eyes, but I bet you haven’t experienced the power of Piper’s fierce “give me the treat NOW” eyes!
Brought my 📷 and a bag of @zukespets treats outside. Piper ignored me the whole time except for the occasional high-speed treat fly-by. Hershey did this. 👀 . . #birddogoftheday #excellent_dogs #chocolatelaboftheday #topdogphoto #worldoflabs #labradorretriever #chocolatelab
Lazy rainy Saturday.
Last picture on this old red carpet. It’s getting ripped out and replaced tomorrow morning!!! 🎉🎉🎉
Piper doing her best forest floor impression.
One more sleep until Piper unwraps her new @hurtta.america jacket and a fluffy new bed. This will be jacket number... 5? and bed number 6 for her. Lucky dog. 🎄
The winter woods were perfect Piper camouflage colors today. 🍂