This afternoon I raced the 5 mile Brian’s Run in West Chester, PA. Last year I ran a huge personal best of 39:11 at this race and still think of that performance as one of my top three best races ever. 2014’s race was so good that I actually had second thoughts about registering for Brian’s Run this year… I just didn’t think there was any way I could improve on last year’s time.

Just before Thanksgiving I set my doubts aside and signed up for Brian’s Run, resolving to simply do my best and not worry about last year’s time. Then I ran a 5K PR on Thanksgiving Day and a 2 mile PR two days ago and started to think maybe… maybe there WAS some way that I could run another 39:11… but probably not. 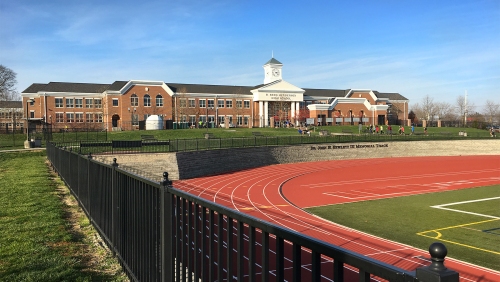 I arrived at the race about an hour early, picked up my bib and immediately bumped into a friend from my running club. The weather was gorgeous for December – mid 50s and sunny without a cloud in the sky – so we decided that we’d race in short sleeves (a wise choice) before running a short warm up together.

The race began promptly at 1PM and I crossed the start line with 487 other runners. My race plan was to basically just try to equal my splits from last year’s race, so that’s how I’ll recap each mile.

Mile 1 – 2014 Split: 7:33
The course starts by looping through the neighborhoods next to Henderson High School. I only glanced at my watch once during this mile to look at my average pace… 7:15. Too fast! I dialed it back slightly but then purposefully did not look at my mile split. I figured there was nothing I could do about it now and it was better NOT to know so I wouldn’t spend the next four miles over-thinking my overall race time. If I had looked, I would have seen a 7:25 split.

Mile 2 – 2014 Split: 7:42
The second mile swings by the high school (the start/finish point) before veering northwest into the hilly portion of the race. At this point I switched on my music (I ran the first 1.5ish miles without it) in an attempt to take my mind off the hills. The second mile includes a nice section of downhill, so I was pleased but not shocked to see a split of 7:29.

Mile 3 – 2014 Split: 8:06
The third and fourth miles of this course are tough, with rolling hills and lots of turns. I was really happy to have my 5K playlist streaming through my earbuds and I used the upbeat songs to try to increase my cadence and keep my pace up. I was excited to see my third mile split of 8:03… maybe there was a chance I could come close to last year’s time.

Mile 4 – 2014 Split: 8:16
I made a point of checking my 5K split as this mile began. I went through the 5K in 23:42, the same time I had raced The Boo Run in just 5 weeks ago. Only now I had another 1.9 miles to go! The fourth mile finished off with a huge climb and I was thrilled to see my watch report an 8:13 split. It was then that I realized I could definitely PR this race!

Mile 5 – 2014 Split: 7:31
In 2014 that final split time of 7:31 was an absolute record for me. I have never even finished a 5K’s final mile faster than that! This year I pounded into the fifth mile knowing that a PR was completely within reach; all I had to do was run FAST for a few more minutes.

This race finishes with 1 1/2 laps on the track in Henderson High School’s stadium – the same place I ran the Boxcar Mile in August. As part of the chip timing you get your final 400m split and I knew that last year’s time had been 1:50. With that in mind, I decided that as long as the clock was not past 37:11 when I passed the finish for my final lap, I was definitely going to PR.  Imagine my surprise when I passed the clock at 36:42! Just one lap left…

The last lap was really, really hard. At that point I didn’t care that my PR was basically locked up; I just wanted to go as fast as I possibly could. It turns out that the fastest 400m I could muster at that point was a 1:47 (7:08 pace) which put me across the finish line at precisely 38 minutes and 28 seconds… A 43 SECOND PERSONAL BEST!!!! And the final mile split? 7:18!!!!! 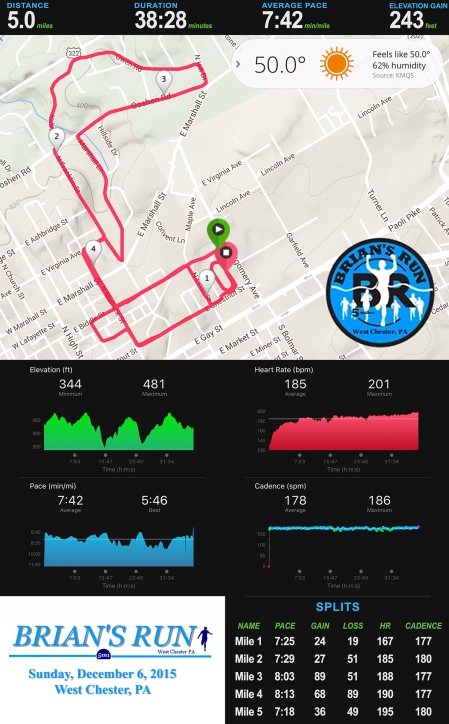 Wow. I really didn’t see this PR coming, and certainly never imagined that I was capable of PR-ing by 43 seconds! Moments after crossing the line I got a text from Matt who had been watching my race via Garmin’s LiveTrack function: “Did you just crush your PR?” Why YES!! I DID!!!! Best feeling ever. 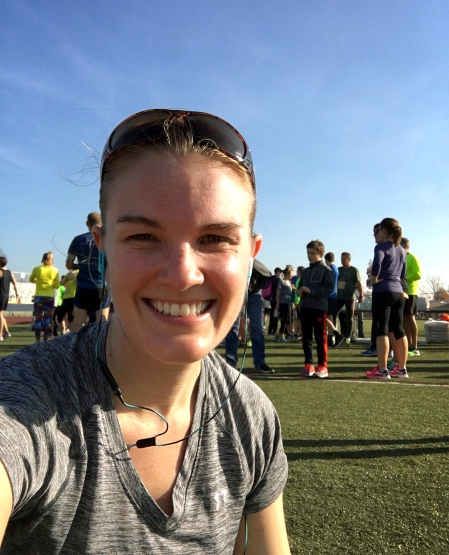 I joined up with another running friend after the race for a nice, long, happy cool down (we both PR’d) and then drove straight home to shower and write this post. (Well, I had to write the Jingle Elf post first, but you get the idea.) I have now been lucky enough to PR three different race distances in a row. Each of them were exciting, but this 38:28 finish at Brian’s Run takes the cake. Best race ever!

My next race (and possibly my final race of 2015) is the Reindeer Romp in Havertown next Sunday. Before today’s race I was planning to just take it easy at the Romp and run it for fun, but now I’m thinking that I might be in position to come close to another PR… we’ll see what happens!! 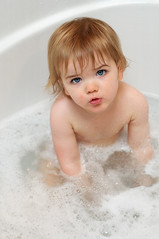 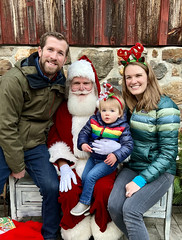 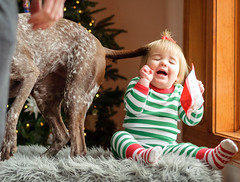 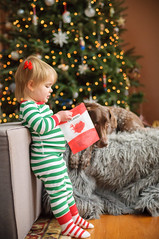