This weekend I ran TWO 5K trail races and I had a great time!  The first race was the Rocky Run 5K hosted by the Rocky Run YMCA in Media, PA on Friday night.  This race was originally scheduled for May 16th but it had to be postponed due to extremely heavy rainfall (over 2.5″ inches in 8 hours).  Postponing the race was a good call – the extra two weeks gave the winding trails behind the Y time to dry out and Friday’s weather was absolutely perfect.

The Y’s 5K course started out on a short pavement loop before entering the woods on the Rocky Run Trail.  (This trail is part of a large network of trails in Middletown Township including the Darlington and Linvill Trails… if you’re in the area I’d highly recommend checking them out!)  I’ve spent a lot of time hiking on these trails but I’ve never actually run on them so Friday’s race was a new experience for me.  The first 1 1/2 miles seemed pretty easy and I felt good as I dodged tree roots, mud, and rocks.  At the halfway turnaround I discovered that I was the 2nd place woman (woohoo!) which put some pressure on me to keep up my pace for the second half of the race.  I didn’t know how far behind me the 3rd place woman was, but I do remember the second half of the race feeling MUCH harder than the first half, probably because it was almost entirely uphill!

The last mile wasn’t pretty, but I held onto my second place spot and finished in 27:40, good enough for 14th overall out of 88 runners, 2nd place female, and 1st in my age group.  The overall female winner was actually also in my age group but I got the AG award since she got the overall award.  🙂  The Rocky Run 5K marked the first time I’ve won an actual prize in a race — a $25 gift certificate to a local running store!! — and also helped me realize that I might REALLY like trail runs!

After my great off-road experience on Friday night, I decided to sign up for another local trail race on Sunday morning.  This race was Radnor Conservancy’s Race for Open Space 5K Trail Run.  It was held at the Willows mansion/park in Villanova, PA which is actually where my parents got married back in 1983!  Despite the Willows only being about 20 minutes from my house I’ve never actually been there, so it was pretty neat to visit the alcove and gardens that I’ve only ever seen in old wedding portraits.  I was surprised to discover that my parents’ wedding ceremony site is now a parking lot… I guess modern-day weddings happen somewhere else on the property??

Much like the Rocky Run 5K, the Race for Open Space started on a short stretch of pavement before entering the woods on winding, hilly trails.  My Runkeeper App couldn’t get a good GPS signal during the race and it reported that I had already run 5 miles after only 7:46 had elapsed.  Whoops!  The Runkeeper app continued to malfunction throughout the race (at one point it told that my mile split was 81 miles per hour!!) but it was useful just to know the race time even if the miles were way off.  I thought that this course seemed harder than the Rocky Run course so I was pleasantly surprised when I finished in 25:49… nearly 2 minutes faster than Friday’s time.  Yay!!

Pieced together Runkeeper stats from Radnor

My 25:49 finish was good enough for 31st overall out of 96 runners, 10th place female, and 1st place in my age group.  🙂  Considering that I had not originally been planning to run any races this weekend, I was pretty thrilled with how my two trail races turned out.  Now I really can’t wait to do the Run-A-Muck trail race in September… I have a feeling that I am going to be able to improve significantly on my 35+ minute time from last year!!

My next race is the Media 5 Miler on June 20th.  This is a road race (which should feel easy after tree roots, rocks and mud!) and, with over 1500 runners, it will be the biggest race that I’ve run in so far.  Less than 3 weeks to go! 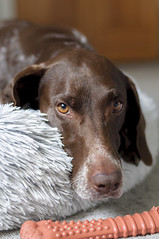 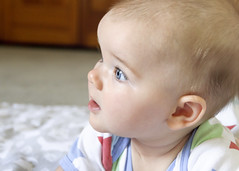 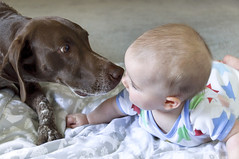 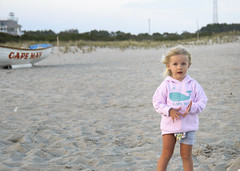