This week’s WordPress Weekly Photo Challenge is “An Unusual Point of View.”  I think that this photo of the beautiful lake at Promised Land State Park in Greentown, Pennsylvania fits the theme fairly well:

I snapped this shot just as Matt and I canoed under a low bridge on a gorgeous October day.  It’s hard to believe that Summer’s lush green trees are going to look like this in another month… I can’t wait!!  🙂

First of all, I just learned that this photo of Bailey has been chosen as a Grand Prize Finalist in a photo contest! The winner is determined by popular vote which means that YOU can help Bailey win simply by clicking here and then hitting the “VOTE” button.

I would REALLY appreciate it if you could take a few seconds to vote! Voting is open until August 16th and you can vote once per day. The contest is sponsored by Yakima Racks and the winner receives gifts from Ruffwear (Bailey’s favorite dog gear outfitter), Zukes (Bailey’s favorite treats!) and a $500 Yakima gift card!

In other news, this week’s WordPress Weekly Photo Challenge is One Shot, Two Ways. The idea behind this challenge is to show the same subject from two angles and I have a fun example to share. The following two photos show Bailey flying through the air about to catch her duck. They were taken from two different cameras at the exact same moment during the same jump. Cool, right?

The first photo was taken head-on by a professional photographer (Key4Prints). I happened to catch the second photo from the bleachers at the exact same time… just as Bailey was contorting her body and snapping her mouth open mid-air in an attempt to catch her duck. While the professional shot is clearly a better photo, I kind of like the second shot because it helps you appreciate what a huge jump this was. Bailey ended up winning her division at this event with a 24+ foot jump!

Thanks for stopping by and, again, thank you to everyone that voted for Bailey in the photo contest!!!! (You can vote here: http://bit.ly/146NFcQ )

I haven’t been very good about doing the WordPress Weekly Photo Challenges every week, but I like this week’s topic so I thought I would jump back in and participate! Here’s my red-hued take on Color: 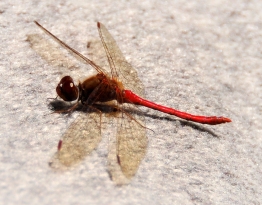 Red Dahlia with a grasshopper (Summer 2012) 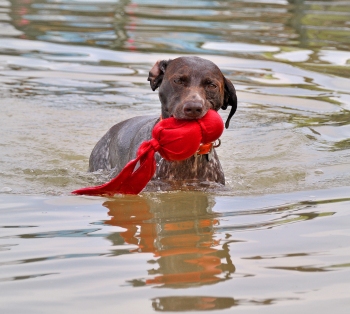 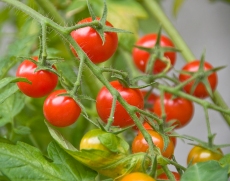 Looking at all of those beautiful red veggies and flowers is really making me want to plant my vegetable garden! 🙂 Just a few weeks to go… 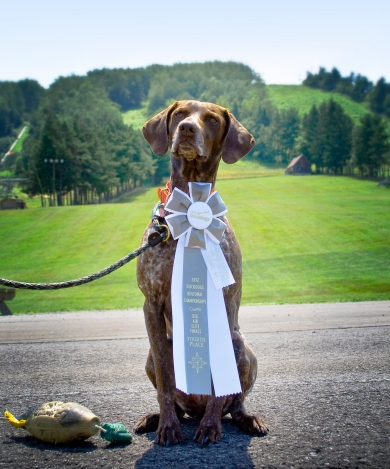 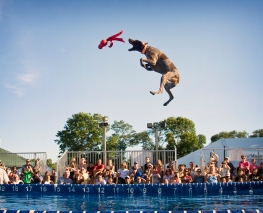 March
Out for a walk on The Darlington Trail

July
Showing off for the crowds at the Monmouth County Fair

December
Racing around roadrunner-style in the snow