Sunday morning in Yellowstone started off much like the previous 3 days: with sub-freezing temperatures and a frosty windshield, brr! It was October 13th: Canyon Village’s last day of the 2019 season. Remembering how uninspiring the previous morning’s rubbery eggs and french toast had been, I decided in advance that I would simply have a banana and yogurt from the dining hall’s “grab and go” station for breakfast. But alas, Canyon Village was all out of bananas, yogurt, AND milk for cereal! I settled for lukewarm oatmeal with a side of hot cocoa because the coffee machine started spewing out coffee grounds midway through filling up my mug. I promise that I’m not trying to make this post about how bad the food was, but man was I ready to eat some hot, fresh, flavorful food after three straight days in the park!! Luckily my wish would come true soon. 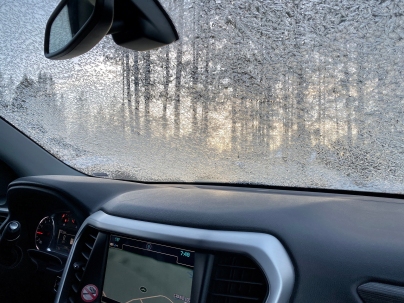 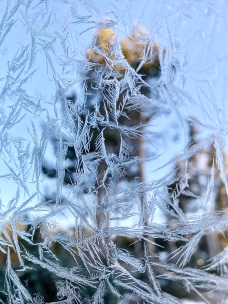 Matt and I said goodbye to Canyon Village and headed west to Norris Geyser Basin. We strapped on our Yaktrax and thoroughly enjoyed exploring the basin’s geysers, springs and bubbling thermal features. The icy boardwalks threaded in and out of eerie fog and, even though we shared the more popular “Porcelain Basin” area with a gaggle of young German tourists, we still felt like we had most of the basin to ourselves. 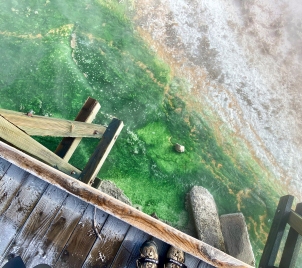 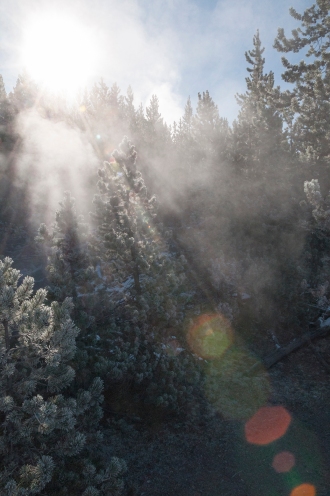 Towards the end of our walk we came upon an older couple camped out in front of Steamboat Geyser, the world’s tallest active geyser. They explained that while the unpredictable geyser has sometimes gone for years without an eruption, Steamboat happens to be in an unusually active period right now with eruptions as frequent as every 5-6 days. Steamboat had last erupted 6 days before, so this couple was planning to spend their Sunday watching the geyser in hopes that it might put on one of its rare shows. (Keep in mind that it was below freezing out… these were very hardcore geyser watchers!!) 🙂  We hung around and chatted with them for a while as Steamboat puffed and spit hot water (the norm between eruptions) before eventually heading back to the car.  Later I found a web site that tracks Steamboat’s eruptions… looks like it didn’t go off until 3 days later so I’m glad we didn’t stick around to wait for it!!

Next up on our itinerary was Mammoth Hot Springs. On the road north from Norris we got stopped in one of the park’s ongoing road construction projects and had to park our car in a line of traffic for 20-30 minutes. (Which is really not so bad; drivers have been delayed for MUCH longer in bison jams!) I read about Mammoth in our guidebook while we waited and Matt gazed around at the rocky hillsides surrounding us. A young girl wandered by on the shoulder of the road and Matt said “That looks like the climate girl.” I didn’t think much of it at the time but later learned that Greta Thunberg had been visiting Yellowstone on that exact same day and was wearing the same blue jacket we saw this girl wearing. So yeah… oddly we can add Greta Thunberg to our list of notable sightings on our Yellowstone trip! 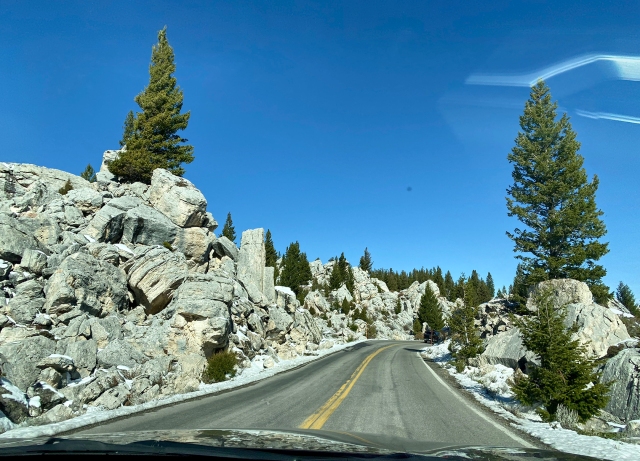 It was nearing lunchtime by the time traffic got moving so we drove straight through Mammoth (where my iPhone found one bar of service… civilization!!) and continued up to Gardiner, Montana to find somewhere to eat. We stumbled upon a small cafe called Wonderland and proceeded to have THE BEST LUNCH I’VE EVER EATEN. I wolfed down a decadent grilled caprese panini with a side of homemade butternut squash bisque while Matt enjoyed a pastrami sandwich with ridiculously delicious caramelized horseradish onions and a crisp Montana IPA. We had already decided we’d be returning to Wonderland for dinner before lunch was over.

After lunch we headed back into the park to see Mammoth Hot Springs. The lower elevation and bright sunshine made Sunday afternoon in Mammoth our warmest weather yet. We happily peeled off layer after layer of clothes (I think I had started the day wearing four shirts!) as we explored the otherworldy travertine terraces.  The hot springs are constantly changing and in some of the more active areas the acidic water and sulfury clouds of steam were nearly taking over the boardwalks.

Encroaching on the boardwalk 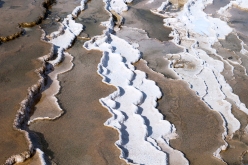 We explored the historic Mammoth Hot Springs hotel and visitor center before heading back north to Gardiner for the night. On our way to Wonderland for dinner we passed an elk taking a casual stroll on the sidewalk. Welcome to Montana! 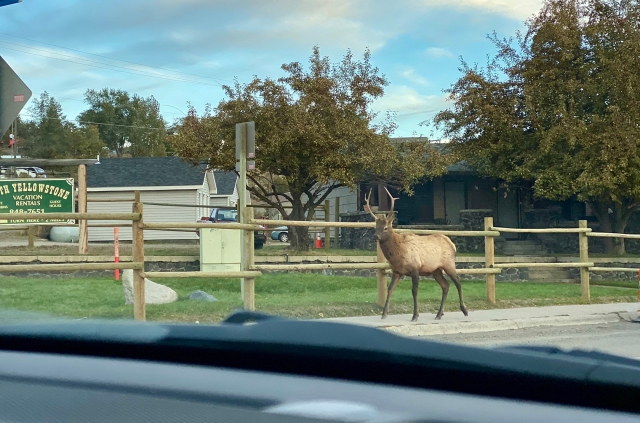 And, speaking of elk… for dinner at Wonderland Matt had Baked Elk Chili Mac and Cheese. It was insanely good. If anyone reading this is planning a trip to the northern section of Yellowstone National Park you MUST eat at least one meal at Wonderland. We ended up eating there four times! More on that coming soon in the recap of our sixth and final day.