As I type this my little Piper pup is on the couch next to me, exhausted from today’s hiking adventures.  She is sleeping on her back with her hind legs splayed open (she’s not the most ladylike puppy I’ve ever met!) and her breathing sounds like something between a snort and a snore.  She’s been sleeping this way for at least an hour – a long time for a nap in Piper’s world! – so I’m taking advantage of this afternoon lull to do a quick photo post!

Last Tuesday we got about an inch of snow in eastern Pennsylvania and I snapped some photos of Piper playing in the back yard on my lunch break.  Piper seemed totally undeterred by the sub-freezing temperatures and had a blast romping around in the snow, chasing sticks and snatching up the occasional mouthful of snow… she loves this weather!! 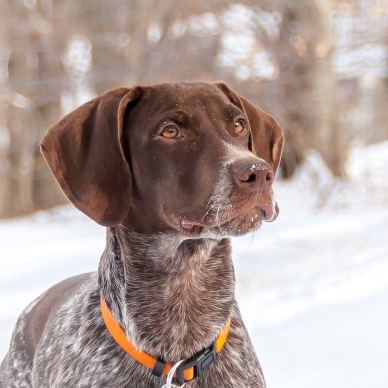 Dashing through the snow! 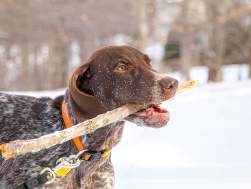 Piper in the snow 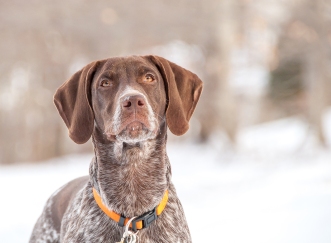 Galloping around with her stick