In the last two weeks my “big boy” Jalapeño pepper plant has been producing giant green peppers at an amazing rate.  It seems that every time I go outside I discover a new 4-5″ long pepper hiding under the plant’s leaves just waiting to be picked.  Now don’t get me wrong, I’m happy to make 1-2 recipes a week that use Jalapeños, but what the heck am I supposed to do with 15 peppers that all ripen at the same time??  Tonight I found the perfect answer… turn them into Jalapeño Poppers! 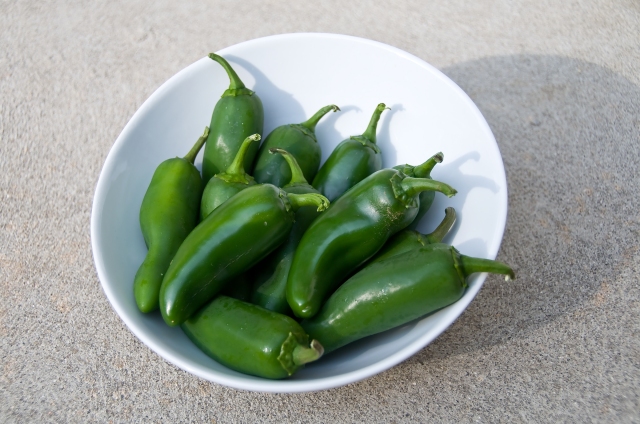 These peppers all came from one plant. Time to put them to good use as Jalapeño Poppers!

I found a recipe for Jalapeño Poppers from Emeril on the Food Network.  There are lots of recipes for Poppers on the internet but I liked this one because it was highly rated and involved baking the peppers rather than deep frying them.  I modified Emeril’s recipe slightly to use reduced fat cream cheese and mozzarella (this was our dinner, after all) and the Poppers turned out spicy, cheesy, and delicious.

One at a time, dredge each stuffed jalapeño half in the flour, eggs, and bread crumbs.  Place stuffed side up on a lightly greased pan and bake in a preheated 350° oven for 30 minutes until the cheese starts to melt and ooze over the sides of the peppers.  Serve alone as an appetizer or over rice as dinner. 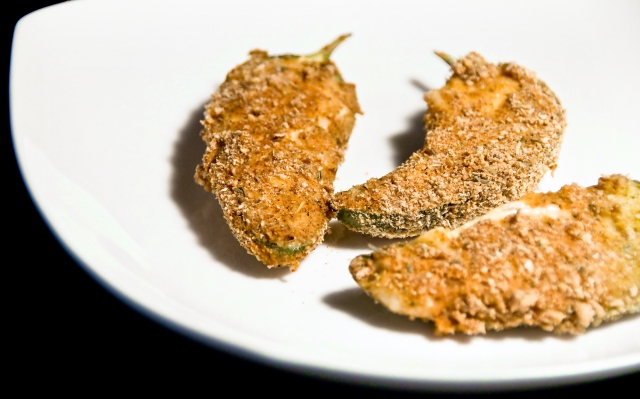