Matt first made Ina Garten’s Crusty Baked Shells and Cauliflower in February and we knew immediately that this would become one of our go-to dinners. Now, during Quarantine, we’ve made this at least six times and, guess what? It’s what’s for dinner TONIGHT!! Yum. 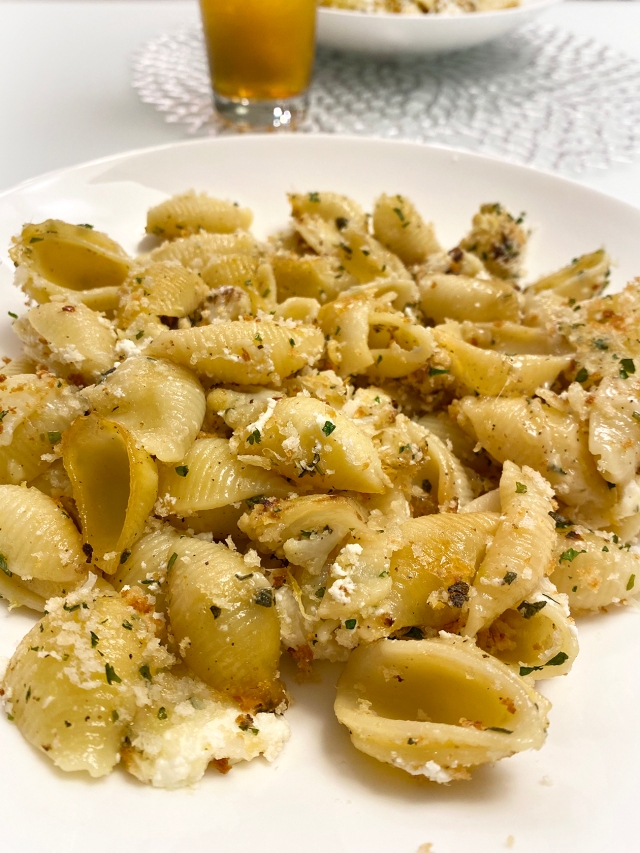 This dish is SO different from the average “baked pasta.” The panko-encrusted shells are flavored with lemon, garlic and Fontina cheese. The insides of the shells harbor pockets of creamy ricotta and the occasional salty zing of a caper. Tender cauliflower florets melt into the space between shells and make this meal feel lighter and healthier (or at least less unhealthy!). The entire dish is completed with a topping of panko, parsley and pecorino and baked in the oven until golden brown.

For the past 12 weeks Matt and I have been dependent on online grocery availability and we’ve had to get creative with some ingredient substitutions. Can’t find Fontina? Try Gruyère, Emmental or Gouda.  No shells available in the pasta aisle? Cavatappi and Pipe Rigate work well, too. And that time our online shopper delivered PURPLE cauliflower instead of the normal white stuff? No problem… the dish was just a little more colorful that time around! 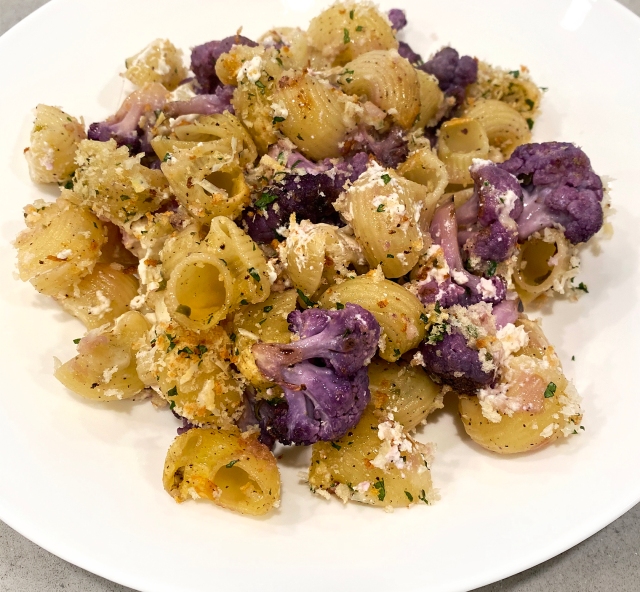 We typically get one dinner plus three servings of lunch out of each recipe. This is great as a leftover and, according to Ina’s note in the original recipe, can also be made ahead by assembling the dish, refrigerating, and baking just before serving. 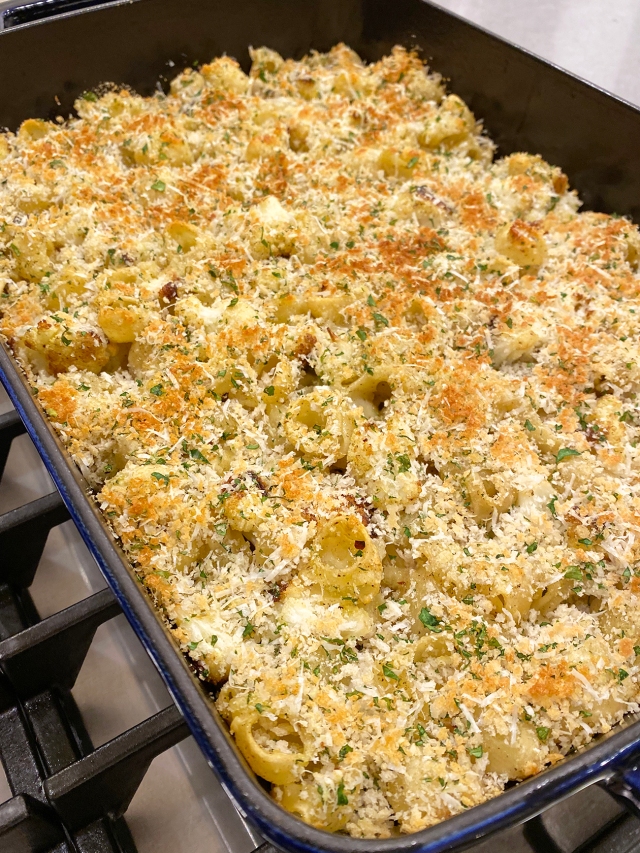 From Cooking for Jeffrey, adapted slightly

Preheat oven to 400°F. Cook the pasta in a large pot of salted water until al dente.  Drain the pasta and transfer it to a very large mixing bowl.

Add the sage, capers, garlic, lemon zest, red pepper, 2 teaspoons of salt and 1 teaspoon of pepper to the bowl with the pasta and cauliflower. Stir gently, then add the grated Fontina cheese and stir again.

Transfer half the pasta mixture to a large casserole dish. Drop spoonfuls of ricotta over top of the pasta, then cover with the remaining pasta mixture.

Combine the panko, parsley, grated Pecorino and 1 tablespoon olive oil in a small bowl. Sprinkle topping evenly over the pasta. Bake for 25 to 30 minutes until the topping is browned and the edges of the pasta are beginning to get crusty. Serve immediately and enjoy!