When we woke up on Friday it was -4° (yes, that’s Fahrenheit). Brr!! We ate breakfast before dawn and asked the receptionist at the hotel’s front desk if he knew when Old Faithful might put on its first daytime show. Based on the last known eruption which had occurred at 6:45AM he recommended that we be ready and waiting outside between 8-8:30. So out we went!

By 8:15 the sun was out and it had warmed up to -2°F. Ha! We were super bundled up and waited with a few brave souls to see the world’s most famous geyser do its thing. Soon enough Old Faithful began shooting a tower of water into the air, creating a brilliant white plume of steam against the perfect blue sky.

Next we headed to Midway Geyser Basin, home of another one of Yellowstone’s most well known sights, Grand Prismatic Spring. Google it and you will see gorgeous images of vivid rainbow colored water that looks like it was photoshopped by mother nature. But unfortunately this was not what we saw on Friday. In the single-digit temperatures the heat from all of the geothermal springs, vents and geysers in Midway had created a frosty, eerie world of fog, steam and ice that obscured most of the colorful attractions. This was pretty cool on its own account, even if we didn’t get to see Grand Prismatic in all its glory!

There’s a hot spring in there

It was as cold as it looks

After leaving Midway Geyser Basin we headed south to Biscuit Basin. Along the way a herd of snowy bison materialized out of the fog. I love this photo of the bison in the snow, so much so that I just ordered a huge canvas of it for our house. (And I’ll share a secret: it’s actually TWO photos stitched together side-by-side!)

The entrance to Biscuit Basin was guarded by another bison who seemed content to hang around and let people from a tour bus get way too close to him as they snapped photos. We skirted around him to access the snow-covered boardwalks of the basin. Biscuit Basin was much less foggy than Midway had been and we soaked in the views of vivid greens, blues and oranges caused by thermophilic bacteria living in the hot springs.

We headed back to Old Faithful to catch its next eruption before venturing into the rest of the Upper Geyser Basin that stretches back behind Old Faithful. As we crossed a bridge over the Firehole River Matt spotted river otters playing in the water. Cool!! They slithered over logs for a few moments before disappearing in the cold dark water. (But not before I got photographic proof that we had seen them!)

Upper Geyser Basin and nearby Black Sand Basin featured spitting geysers and several more colorful hot springs. After having better luck seeing springs at these basins we returned to Midway Geyser Basin a second time with hopes of glimpsing Grand Prismatic, but it was still shrouded by steam and fog. (Granted, it never got warmer than 20° on Friday so I guess it just wasn’t our day to see the spring!)

As we left Old Faithful to head towards Canyon Village for the night we were treated to another great animal sighting. A coyote crossed the road in front of our car and then trotted confidently through the snowy grass right by my open window. What luck! We had now seen moose, elk, bison, otter and coyote and it was only our first full day in Yellowstone.

We reached Canyon Village in the late afternoon. Remembering how the access road to the canyon’s overlooks had been closed the day before, we drove past our lodge to see if South Rim Drive had reopened. It was still very snowy but definitely open! Since we were so close we figured we’d get a sneak peek of the next day’s main attraction. We drove up to the end of South Rim Drive and, after a short but extremely icy walk, we found ourselves at Artist Point taking in a sweeping view of the canyon and the lower falls of the Yellowstone River in the distance. Wow.

Grand Canyon of the Yellowstone

Lower Falls of the Yellowstone River

Satisfied that we had seen enough for one day, we drove back down the snowy road and checked into Canyon Lodge. Like Old Faithful Snow Lodge, Canyon has no cell service, no TV and no wifi. (Or rather, there is “wifi in the lobby but it’s VERY slow” according to the receptionist… and the lobby was in a completely different building from our room!) So instead of checking emails, Twitter and Facebook Matt and I sat side-by-side together in a booth at dinner and reflected on the trip so far as we scrolled through photos on my iPhone. Not a bad way to end our Friday. 🙂

What’re YOU looking at?

Next up for Day 4… the Grand Canyon, a bear print (!) and Yellowstone Lake.

One thought on “Day 3: Geysers and Hot Springs Galore” 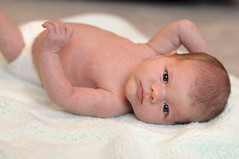 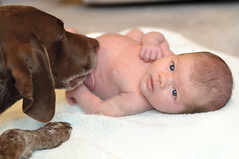 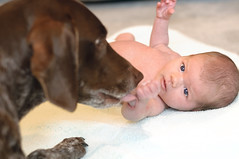