Okehocking Preserve, Ridley Creek State Park, and the Darlington Trail are by far my favorite places to run and hike. All three spots are close to my house (I can run to them!) and their trails offer sweeping views, peaceful woods, and wickedly steep hills. I’ve raced at Ridley Creek and Darlington multiple times but until recently a race had never been held at Okehocking. Thankfully that changed on Sunday, May 15th when Okehocking played host to the inaugural Autism Village Turtle Trot.

I arrived at Okehocking early on Sunday with Matt and the camera in tow. The weather was sunny and in the upper 40s… a bit chilly for spectators but absolutely perfect for running. After countless solo loops on Okehocking’s trails – most recently in the snow on April 9th! – I was eager to learn where the official race course would go. Bill Frawley, the course designer and co-owner of my favorite shoe store, The Running Place, was kind enough to point out the major turns and confirmed that the worst of the course’s extreme uphill climbs would be conquered during the first mile.  Sounds good to me!!

The race started up a steep hill, wrapped around the preserve’s off-leash dog park, then descended to a bridge spanning a small creek. After the creek it was time to climb again, this time to the long ridge line that runs along the whole north edge of the park. I know from past experience that I can just barely see my house from this ridge, but on Sunday I was too focused on the run to be house-hunting. After 130 feet of elevation gain, mile 1 beeped by in a surprisingly speedy 8:33.

During mile 2 the course plunged down a hillside, passing the preserve’s beautifully restored barn before entering the marshy area at the western edge of the park. Bill had warned me that it would be muddy here, but for the most part the ground was firm and fairly easy to navigate. Or at least it was until the very end of the marshy section when the course turned away from Ridley Creek and the entire trail turned into several feet of thick, deep mud. I splashed and squelched my way through and broke free from the woods just as my watch beeped an 8:30 second mile split.

I often end my own Okehocking runs with a mile-ish clockwise loop in the middle of the preserve through the woods and back towards the area where the race’s finish was located. I understood beforehand that the race’s final mile would be similar to a backwards version of my loop, but I wasn’t thinking about how the change in direction would impact the hills. Perhaps at this point in the race I was just more tired than I usually would be in a casual run, but mile 3 felt like it was ALL uphill. During this mile I realized that I was going to pass Matt so I tried really hard to look like I was running with good form, but then resumed my tired shuffle as soon as I had passed the camera. 😁

Finally the hills were done and the finish line was in sight. I ignored my watch’s 8:56 split (I would have been shocked that I ran the final mile in under 9 minutes!!) and sprinted into the finish. I crossed the line in 26:49, just 6 seconds slower than the Rocky Run 5K that I had run two days earlier. I ended up second place overall female and as a prize received an adorable little handmade turtle ornament that will definitely get a place of honor on our next Christmas tree.

Mile 3’s unexpected uphills aside, I loved everything about this course. I was grateful that most of the hills were over with in mile 1, I appreciated the hard, packed trails (a big change from Rocky Run’s rutted, lumpy grass), and the views made every climb totally worth it. Now if there was just some way to make the weather at ALL RACES be 48° and sunny… that would truly be perfect! 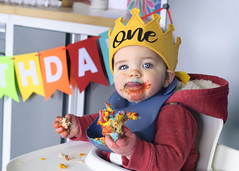