Big news on the blog today… I think I’m turning into a trail runner!  It all began on January 17th when I avoided the trails and chose the easier road course at the Pickle Run.  After the race was over two Trail-Picklers cheerfully informed me that the trails were WAY more fun than the boring out-and-back road course.  They suggested that I give the trails a try in the future and I took their advice to heart. 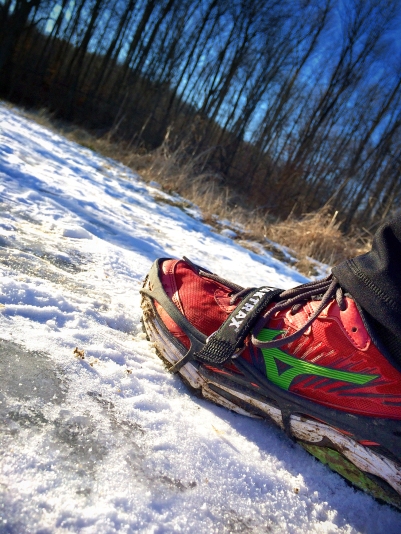 The Sunday after returning home from Vegas I took Piper out on a walk/jog in Ridley Creek State Park to see for myself how fun this whole trail running thing could be.  I LOVED IT!! The snowy trail wound around in the woods, up hills and over little frozen creeks.  Every once in a while the trail would intersect the paved multi-use park road and Piper and I would dash across, pausing just long enough to glimpse a few road-runners before diving back into the woods on the other side.  Piper shouldn’t be running any significant distance yet since she’s still very young, but we couldn’t stop ourselves from breaking out into a slow jog on the beautiful trails.  Piper’s tail was up in the air and wagging the entire time.  😊  (Side note: Piper is going to be an awesome running buddy someday!!)

I headed out onto the Ridley Creek trails again on Tuesday, this time ready for a more serious run and armed with a new pair of Yaktrax to help with traction on the snow and ice.  I parked at area 14 and enjoyed a hilly route that followed sections of the blue, white and yellow trails.  I completed 4 miles in 44:44… a lot slower than my normal road runs but given the rough terrain and snow that was fine by me. 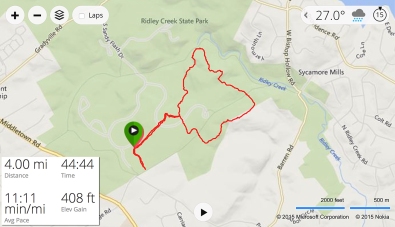 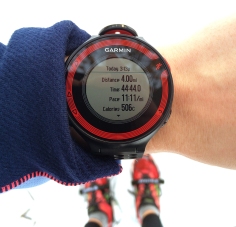 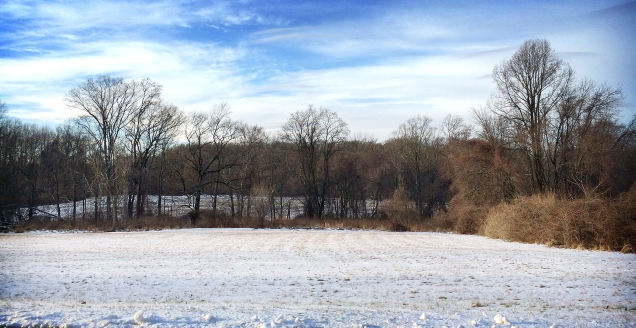 Saturday I was at it again, now venturing out on the Darlington and Rocky Run sections of my beloved Middletown Township trails network.  The area around the parking lot looked melted and muddy so I initially left my Yaktrax in the car, but promptly turned around and grabbed them after immediately hitting a section of trail that was pure ice.  (Apparently ice stays on the trails even when it has melted everywhere else.  Who knew?)  This run was hillier than my forays in RCSP but quite enjoyable nonetheless.  After 5.1 miles at a slightly improved 10:12 pace I think it’s safe to say that I am officially hooked on trails. 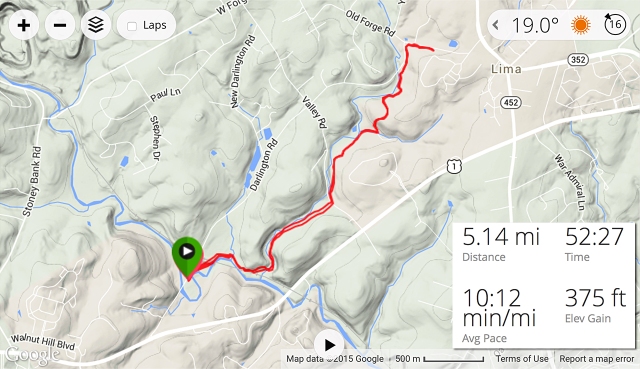 In other big news…  After thirty-four 5Ks and four 5-milers I’m finally trying a new race distance – a 10K!!  I’ll be running the Tyler Arboretum 10K on April 11th.  It’s a trail race (!!!) with four creek crossings and – I quote – “TONS of elevation changes” so it’s a good thing I’m embracing this whole trail running thing now!!  Tyler Arboretum is right next to Ridley Creek State Park but I’ve never actually been there since they charge admission and don’t allow dogs.  I’m definitely looking forward to my first 10K!

I still have a lot to learn about trail running but here are a few things I’ve picked up so far:

Runners!! What trail running tips would you add to my list??